How to transport passengers

In this tutorial you can learn how you can use busses, trains and ships to transport passengers.

Only very experienced players should try to start a game with passenger transports. Passenger and mail transport systems are only profitable if you build large networks. It is a good idea to tranport coal at the start of a new game.

You should know how to use trains and trucks in Simutrans before using this tutorial.

Basics (What you should know)

How to build a passenger transport network

At first, you should build a transport network in three or four big cities which are near each other. Then you can connect the cities with a train.

At the beginning you should use busses to transport the passangers in cities. The advantage of busses (in comparision to trains) is that they are very flexible and that you don't need to place rails and big stations. Later you can try to use trains in cities, too.

Important notes:
You should organize your busses in lines.
Make sure that you serve the town hall, special buildings and if possible some nearby industries.

How to build a bus transport network? (in a city)

In each city you should place a railway station to connect the bus-network of the city with the rest of the world. You should place the station near to the city hall, monuments or tourist attractions. The station should contain a bus stop. 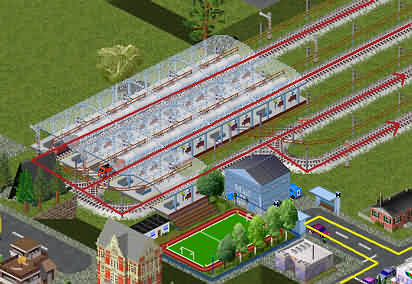 Every Bus Stop covers 5x5 squares. You don't need to place them too densely. This will only slow down your busses, because they have to stop too often. You can show the coverage area with the v-key. 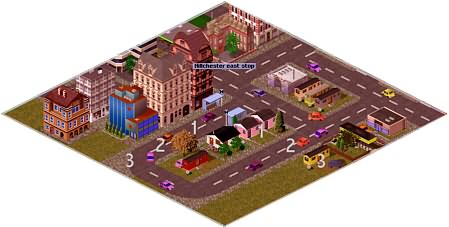 Image: This area is served by one bus stop (5x5 sqares)

Image: A station can have more than one bus stop

In the following example the station covers only two of four ground tiles. The station in the image gets 50% of the total passengers from the tourist attraction. 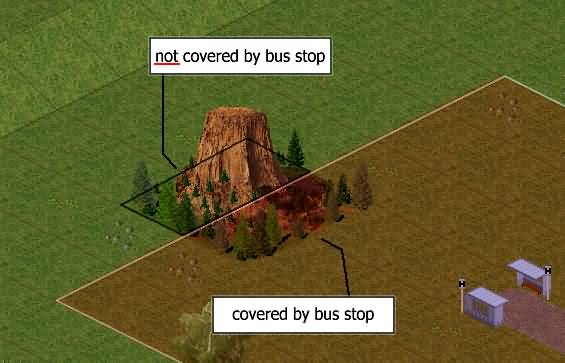 Step 3: Buy some busses (How to buy a bus and assign it to a line?)

Important: Your train network have to be connected with the bus network. Otherwise the passengers cannot switch between busses and trains.

When to use ships to connect cities

Ships have some advantages and disadvantages. I use them very rarely for passenger transports. I prefere trains.

When should I use ships?

Don't use busses to connect cities!

As time goes by cities and passenger numbers are growing, you therefore have to buy additional busses and trains for your transport routes to be able to cope.

In the following diagram you can see how an example city has grown between 1933 and 1989.